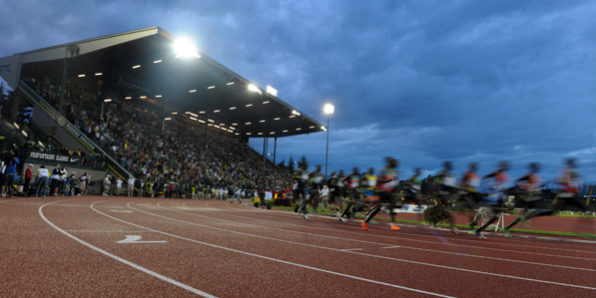 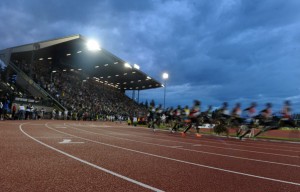 The 99th Tour de France will run from Saturday, June 30 to Sunday, July 22 and is made up of one prologue and 20 stages, covering 3,479 kilometers. The 2012 race includes 25 mountain level two, level one or highest level mountain passes or summit finishes. Check out the course route.

The U.S. Olympic Trials for Track and Field is the largest national championship track meet in the world. From June 21-July1, the Olympic Trials will be held at Historic Hayward Field at the University of Oregon. Hundreds of athletes will compete for the top three spots in each event to make the U.S. Olympic Team. A few athletes to watch include Tyson Gay in the 100 meter dash, Allyson Felix in the 200 meter dash, Nick Symmonds in the 800 meter dash and Bernard Lagat in the 1500.

San Jose, Calif. will host the 2012 U.S. Gymnastics Trials. Get to know some of the competitors on USAGymnast’s website.

Four teams – the Boston Celtics vs. Miami Heat and Oklahoma City Thunder vs. San Antonio Spurs – contend for the final two spots in the NBA Playoffs. The winning conference teams will play for the championship title in mid-June.

If you’re traveling to any of these events, don’t forget to bring the “Nearly” Universal OH cup holder. This cup holder can attach the armrest of an airline seat, maximizing your seat space while you’re flying. While we haven’t tested the cup holder on every stadium, it attaches to most stadium seats that have armrests.

Does New Disney Policy Punish the Many for the Sins of a Few?
September 25, 2013

Is Your Health and Retirement Worry-free?
September 13, 2013